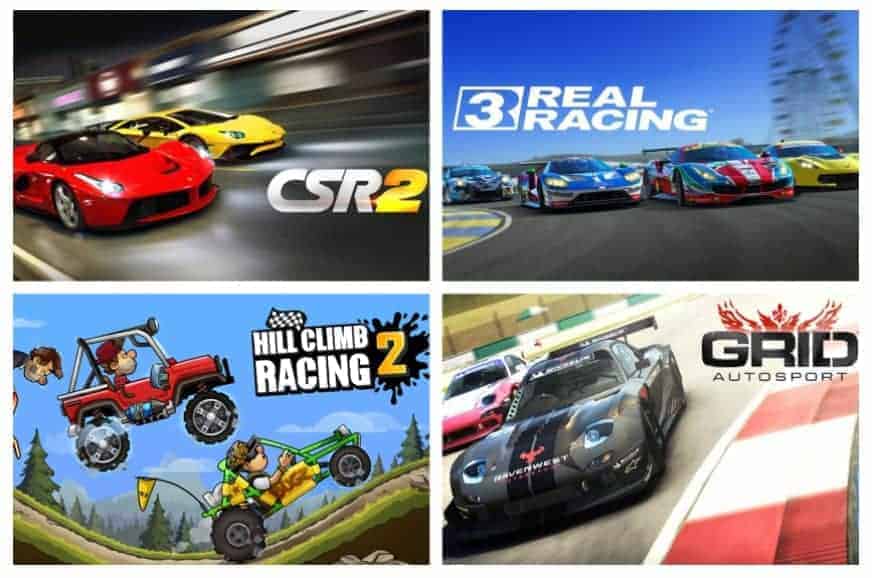 Are you wondering which are the Best Car Racing Games For Android In 2022? Well, you’re not the only one, having these thoughts run in your mind, but let’s make sure that you are the last one of them all. So here is a list of the Top 5 Best Car Racing Games for an Android player, and here it goes-

Talking more about Car Racing Games for Androids, every year or better say every month, games of these categories are developed in such numbers that no player can even imagine about, as Car Racing is one of the most played category games, which also adds it on the list to be one of the most hyped categories from others. Players, usually do not seek to go for categories like Board games or anything Educational. What players want is some action, some thrill, or some adventure. Also, these games help players to improve their concentration level at a great pace.

Moving on with this, what turns out to be an ache in the head is the players can’t catch up with the right car racing games to be played, and instead they end up playing games, which sometimes, don’t even have an amazing animation or graphics or games which don’t have a good storyline. But there is no need to stay in that loop as we here will be helping you all out with the 5 Best Car Racing Games For Android on your Androids, which would turn out to be a great experience for you all. So let’s get started, shall we?

When asked “What is the best car racing game?”, Asphalt 8 is the first thing that comes to mind for almost everyone. The game is the 8th successful installment from the Asphalt series. With over 300 vehicles to choose from, each track and event offers something unique and exciting. Another great feature of this game is a great multiplayer and single-player racing experience. You can play in the World Series or unlock prizes at limited-time racing events. This world is open to you and you can do anything.

Part of the Asphalt series and a sequel to the popular Asphalt 8 (also known as the greatest racing car game of all time). You can’t expect less than the best from this game. The Touch Drive feature, which allows you to play without worrying about acceleration or steering, makes the game much easier and more enjoyable than any other game. Games with top-notch graphics, game modes, and realistic landscapes are almost untrue. And that’s also the freemium nature of any good app that ruins the day. If only begging is noisy, the game world will be a better place for all of us.

Need For Speed No Limits

NFS is a classic car racing game that actually sets the standard for the best car games of the time, but shouldn’t be shelved yet. Create a remarkable collection and bring it to the streets with these enhanced classics. Touch and tilt controls make the game smoother and easier to use as you drive the racetrack and compete for the top spot. It’s a fair warning, but advertising and in-app purchases can be a bit annoying and you can’t reach higher levels without getting in the way.

CSR 2 gets the players to experience real car manufacturers and factories such as Lamborghini, Chevrolet, Mercedes, and Aston Martin to not only drive a stunning car but also customize it to your liking. Drag racing has never been so exciting! You can get all of this in the ultimate car simulator for the price of FREE.99. Compete with players from all over the world and create your collection of cars to defeat tough bosses in major cities and continents. Riding is almost exciting.

Displaying Mario Kart on your smartphone screen is one of the best things Nintendo has done (after, of course, creating all your favorite games, consoles, and memories). With customizable Mii characters, you can drive crazy trucks and dodge difficult enemies to attack with bombs, grenades, banana peels and more, making the game even more fun. What’s even cooler is that you can play the game in portrait or landscape mode. Whether you play occasionally or are a pro racer, this game is a must for both.

That’s it for today, you guys. These were all the Best Car Racing Games On Android. Though if any of you feels like we have missed out on some information or have misguided any of you at some point, please feel free to contact us through our comments section, and we will reach out to you as soon as possible.