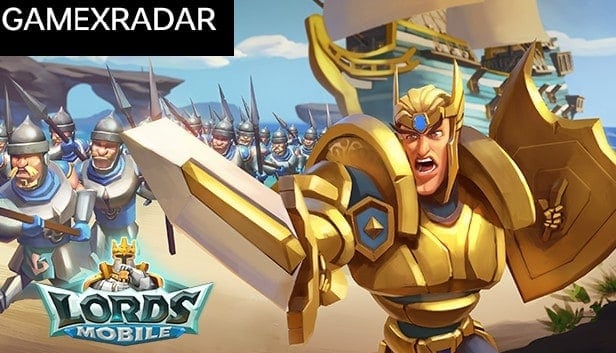 Lords Mobile is a role-playing, real-time strategy, and a massively multiplayer video game from 2016. The game was developed and published by I Got Games. The game runs on a Unity Engine. The developers designed this game for platforms like Android, iOS, Microsoft Windows, and Fire OS. Play as a true lord and unite kingdoms. The gameplay consists of several game modes, the most notable of which are PVP battles. Players develop their bases and create armies to attack and destroy enemy bases, seize resources and capture enemy leaders. People used to like this game a lot and there are about 200 million players on Lords Mobile in the world. The game was also awarded as the ‘Best Competitive Game’ in 2016 which itself explains, how good the game is.

Talking more about Lords Mobile, to level up in the game, players have to build up several troops, grounds, gears, heroes, and families. Now, every one of these items has its importance in the game. Just like that Gears play an important role during the gameplay of Lords Mobile. If built with great strategies, it would be easy for you to win against your enemies using these gears. Before we jump to the part where we talk about the best equipment for ranged gears, let’s discuss a bit about what a ranged gear is used for. So let’s get started, without wasting anyone’s time-

Contents hide
What Is A Gear Used For?
Equipment You Should Be Using For Your Ranged Gear In Lords Mobile-
1. Main-Hand
2. Off-hand
3. Helmet
4. Armor
5. Legs
6. Accessory

What Is A Gear Used For?

A gear acts as your most important asset whilst in a battle or any task in Lords Mobile. The GEAR research tree is where players can research everything necessary for tier 5 troops including the Lunar Foundry Building. It depends on your strategy of using your gear and how much would it affect the enemy troops. If you would be using your equipment correctly, it would act as a plus point for your gaming profile. In total there are 15 types of gear, one of which is Ranged Gear. Ranged gear comes in helpful if you want to level up. If you don’t know what the other gears are, here is a compiled list of all types of gears-

Those are all the types of gear available in the game.

With all this equipment in your hands, you can build the strongest ranged gear which would help you in all types of battles. So all of you better get started collecting all of this equipment.

Guys, that’s all you need to know about Lords Mobile. Though any of you feels like we have missed out on some information or have been wrong at some point, please feel free to contact us and we will solve your issue as soon as possible.