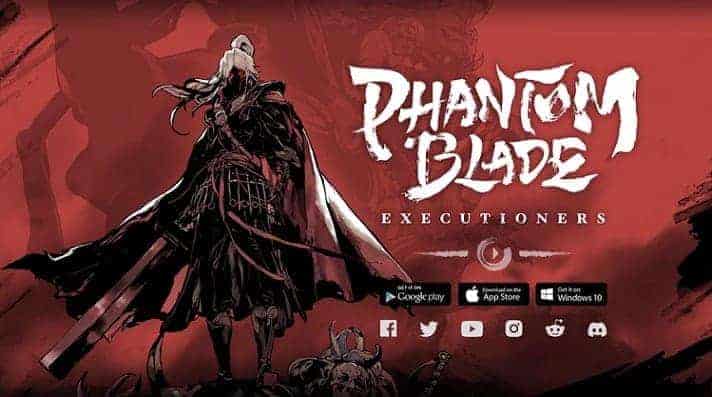 Talking more about the game, Phantom Blade: Executioners is a new gacha experience developed by SGAME. There are four classes in this game, and each Phantom Blade Executioners class has its abilities and weapons. During battle, you can choose from different combinations of skill chains according to your preferences. Cord lengths, lengths, and other capacities are all easily adjustable. You can go increase your attributes and unlock ability chains by creating ghost bonuses based on your character’s unique abilities and make sure your timing is perfect.

As many of you players are new to this game and are not in the know of what are the abilities or traits of these four characters, which makes it difficult for many of you to choose between the best characters, here is a character guide for you guys to get your way out of this one. So let’s get started-up, shall we?

Given below is a tier wise ranked character guide for Phantom Blade Executioners, which would help you choose better between characters-

Mu is the princess of the organization and behaves like one too. This angry princess is also a trained assassin and an expert in extermination. Furthermore, Mu Xiaokui is also an expert in agile-y and that makes all of her strikes deadly. His main weapon is Privilege which is a sharp-edged sword, and each swing also invites his Iron Husk and Jade Wraith followers to add to the attack.

Soul may seem lonely and unbelievable, but as the story progresses, you’ll realize that he’s every character’s best friend. In addition to having a very well-crafted story, Soul is very agile, capable of delivering deadly strikes that can pierce even steel. The Sanguine is the weapon of the soul, the endless red sword. This weapon can pierce steel, but players need good practice to use it properly.

Zuo Shang is the captain of the group, and one of his prominent skills is strategic training. With a very reserved attitude, Zuo is almost unpredictable, making his attacks even more deadly. Zuo can use Sha-chi as weapons and control the battle like no one else. The Golden Visage is Zuo’s main weapon, a sword made of pure gold, but it needs to be used in a certain way to get the most out of it.

A clean sword manufactured from natural gold. It is nearly vain without unique schooling and effective ShaChi.

Being Ku Kong’s personal maid, Xianzhe is also one of the most difficult to bore physically and emotionally. She is also the smoothest in battle, and when she gets in a battle with her weapon Pipa, she is unstoppable.

Xianzhe’s pipa exercise began violently, leaving his fingers bleeding. She decided to inflict that pain on her future enemies.

And that’s all for Phantom Blade Executioners Free Character Guide.

Guys, that was all you needed to know about ‘Phantom Blade Executioners’. Though if any of you feels like we have missed out on some information or have misguided any of you at some point, please feel free to contact us at any point through our comments section and we will reach out to you as soon as possible.