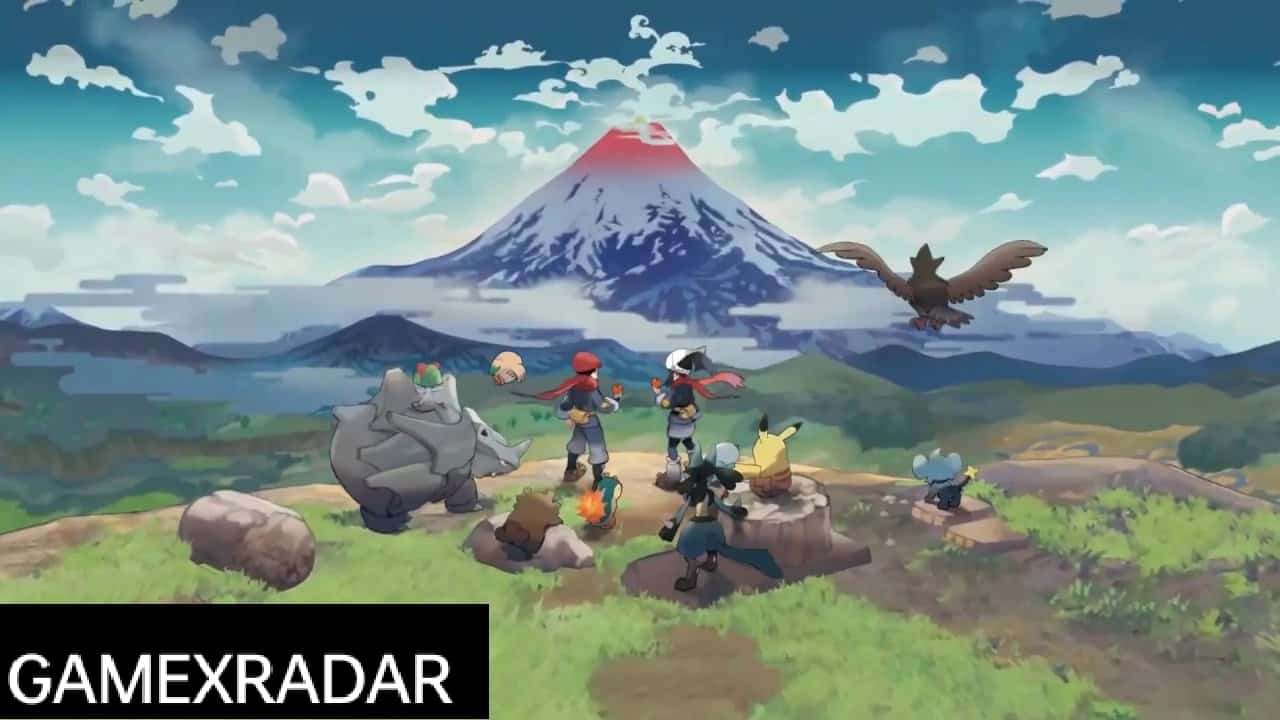 Pokémon Legends Arceus is an action-adventure role-playing game to be released in 2022. The game is developed by Game Freak and is a Nintendo publish. Arceus is an eighth-generation game from the Pokémon video game series and also serves as a prequel to 2006’s Nintendo’s Pokémon Diamond and Pearl. Arceus is supposed to be released on the 28th of January. The game supports a single-player mode for its players.

The game takes place in the events of the Pokémon Diamond and Pearl, a time past in the history of the Shino area, which was known as the Hisui area. Players have a single objective to aim for in this game, which is to create Hisui’s first Pokédex. The game will give its players a complete walkthrough of how Japan used to be in the 19th century. The mythical Pokémon Arceus has a major role to play in the game.

As Arceus is expected to be released in 2022, this means that the gameplay would be an even better one as of its previous installments in the Pokémon series. Arceus, being a new addition to the series also implies that the developers would be introducing a whole lot of new things in the game. If you are all excited to know about what this game has for you, it is your lucky day as we would love to discuss it with you people. So without any further ado, let’s get all started up-

With the new Pokémon game addition in the series, everyone has been quite excited about knowing what the developers have got for them in mind. We here have got a compiled list of all the new pokémons that you are gonna come along with, whilst in the gameplay.

Currently, there are only 14 Pokémon in Pokémon Legends: Arceus. These 14 Pokémon are divided into 4 types according to the release time and period to which they belong. The four types are the First Partner Pokémon, the Newly Discovered Pokémon, the Local Form, and the Mythic Pokémon. Many of them also belong to different categories, which you would come to know about further ahead. So let’s get moving, discussing all the 14 New Pokémons in Pokémon Legends Arceus- 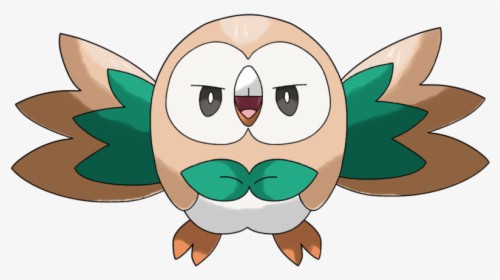 A Rowlet in the Grass Pokémon category is a Grass or Flying-type Pokémon. It belongs to the Alola region and has the amazing ability to photosynthesize like a plant, accumulating all its energy during the day when it is active at night. 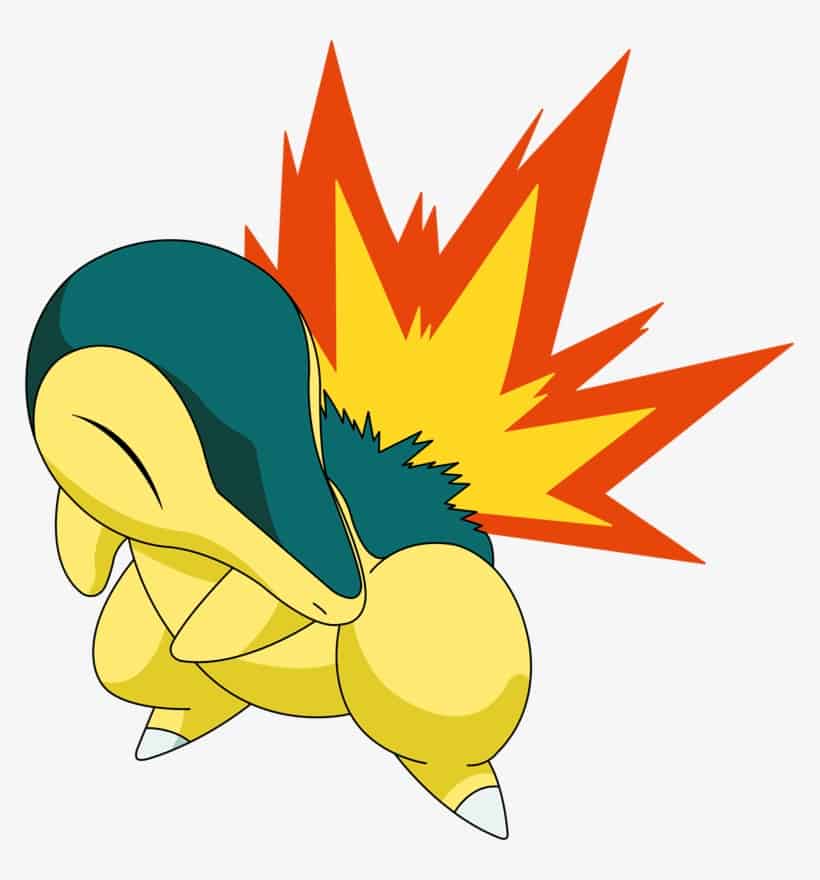 Cyndaquil is another Pokémon that is one of the main Pokémon in Pokémon Legends: Arceus. It belongs to the FireMouse Pokémon category and comes from the Jahto region. When attacked, it uses fire as its weapon, and when frightened, it curls up like a ball. 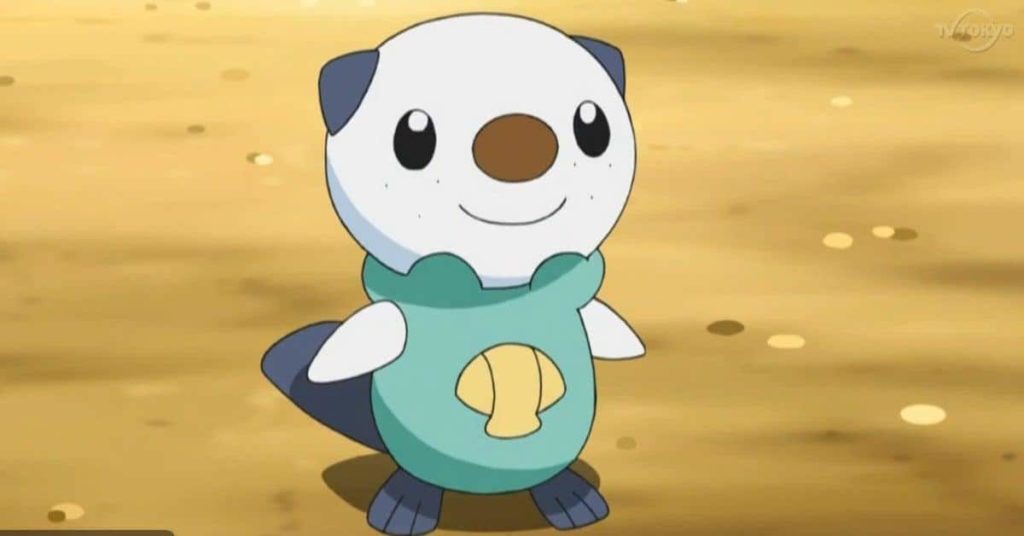 Oshawott is an aquatic type of Pokémon that belongs to the Sea Otter Pokémon category and comes from the Unova region. It’s a very powerful Pokémon in the game that doubles down on all opponent’s attacks and pushes them back in the same direction with backspray. Also on the stomach is a comb that is used to break and block things. 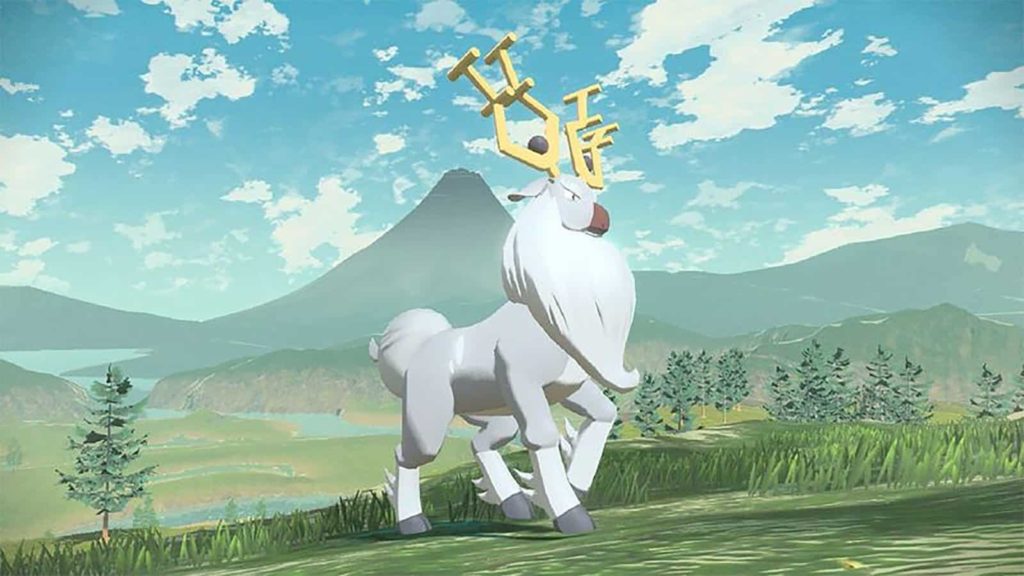 Wydeer is a super-powered Pokémon that belongs to the Big Horn Pokémon category. He has two modes. It’s so cute and useful to people or a crazy psychic deer that releases energy from its horns as an attack. 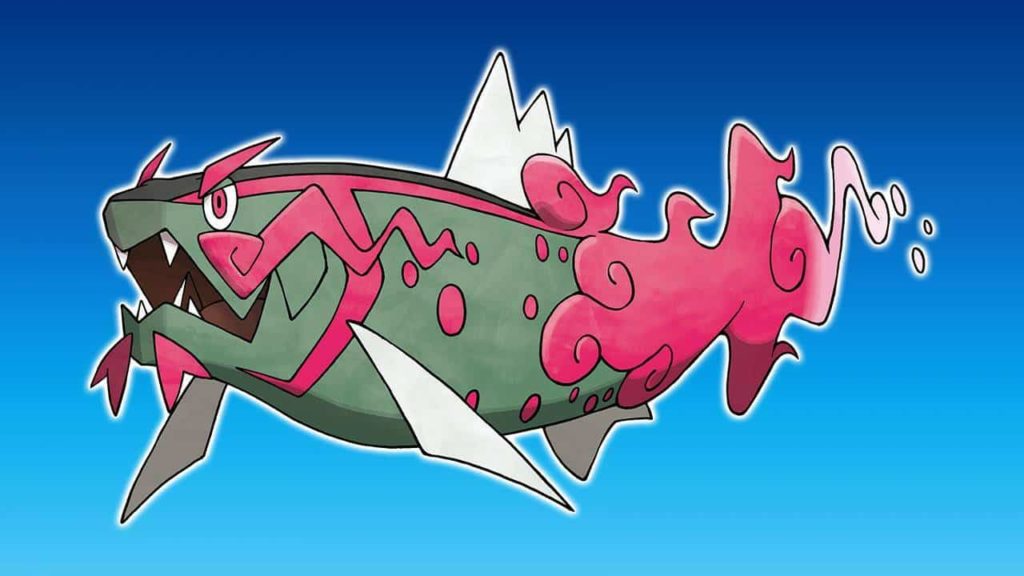 Basculegion is a large fish Pokémon of the aquatic or ghost type. He belongs to the Hisui region and can turn into a Pokémon if possessed by the spirits of other Basculins from the school that are difficult to get upstream. 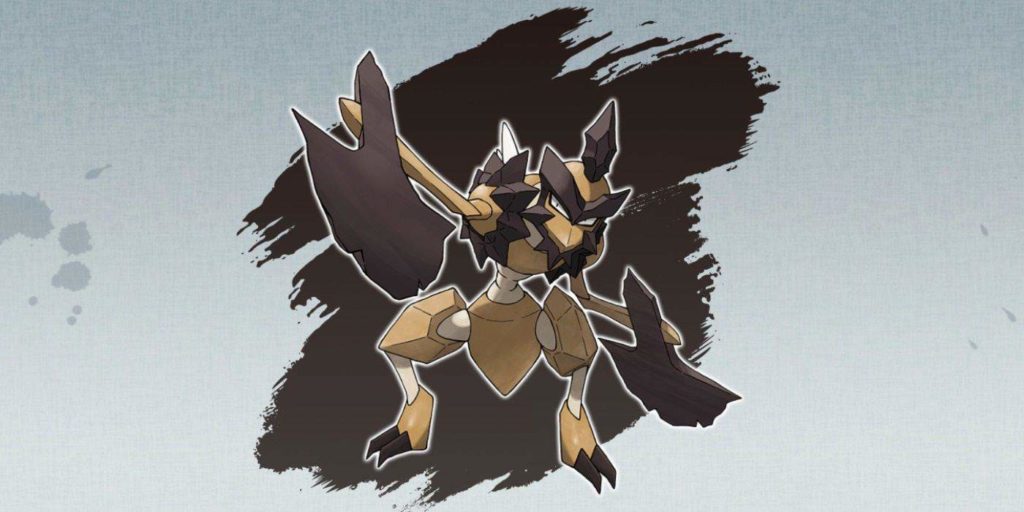 Kleavor is a rock or beetle-type axe-wielding Pokémon. His body is a strange combination of stones and beetles. He uses his hands like an ax to attack all enemies in his path. His dolce keeps cracking during battles, and the villagers use these small pieces of stone as a material.

Hisuian Voltorb is strikingly similar to Poké Balls from Hisui Village, belonging to the sphere’s Pokémon. Voltorb is an Electric or Grass Pokémon that gives a momentary electric shock when stimulated. 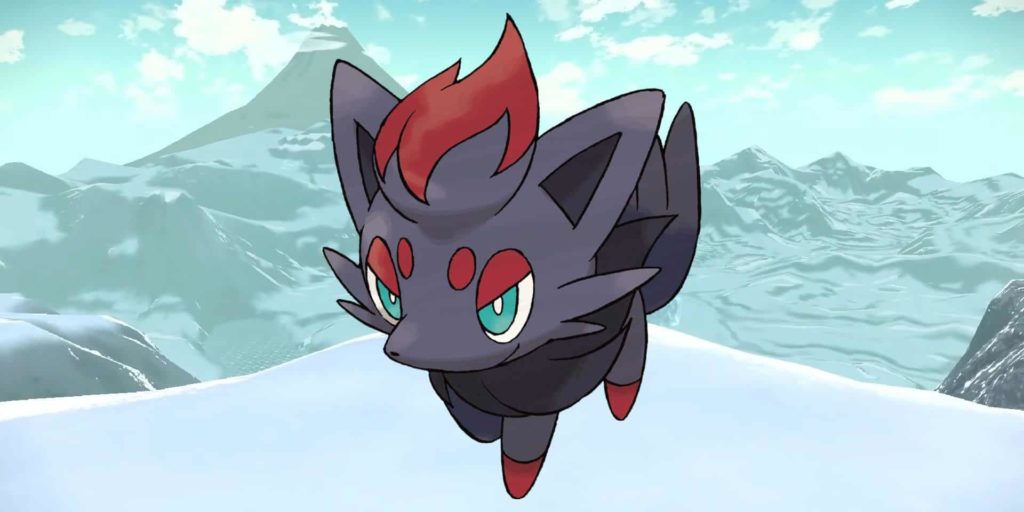 Hisuian Zorua is a cute little Pokémon that belongs to the Evil Fox category and is a ghost type of Pokémon. They were relocated from the Zorua region, but could not survive the harsh weather of the Hisui region. When they died, their souls were reborn as ghosts, using their wrath as power. 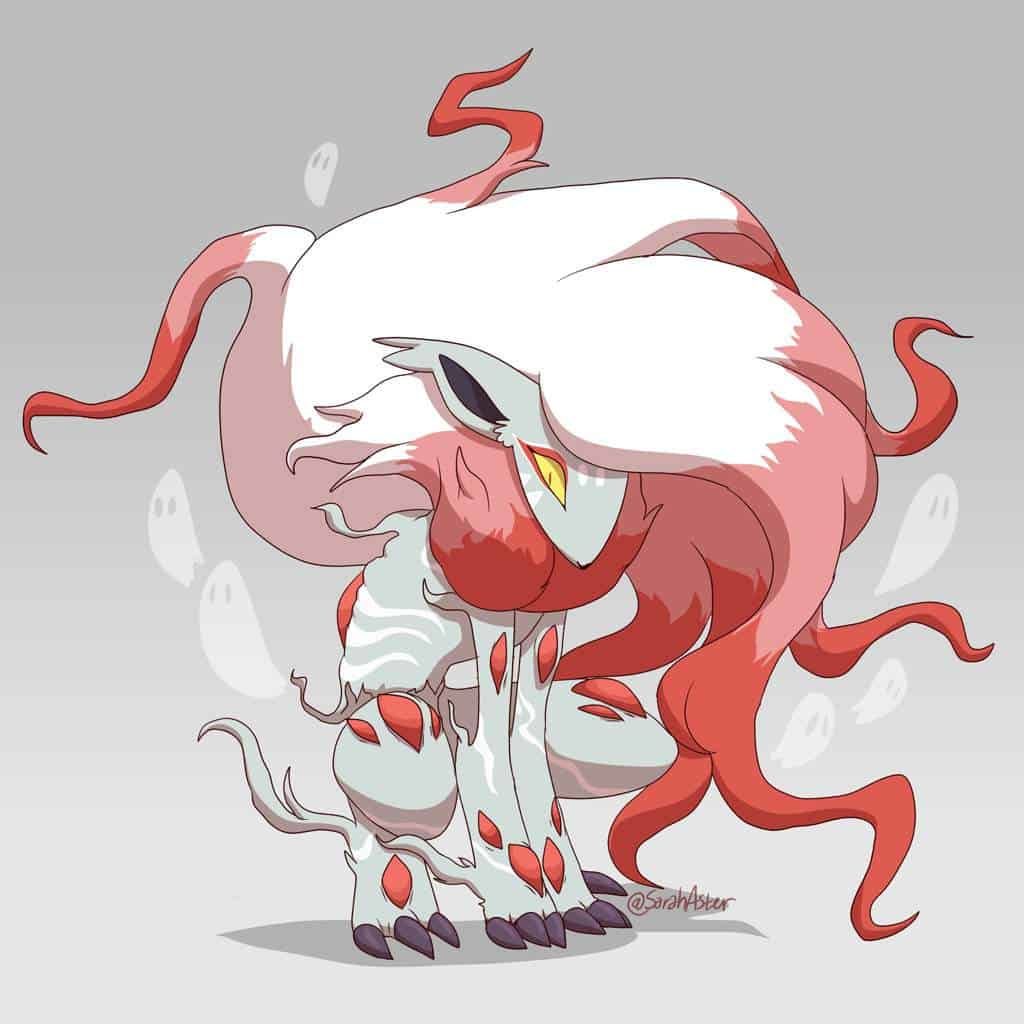 Hisuian Zoroark is a Death Fox Pokémon that is also a ghost-type Pokémon from Pokemon Legends: Arceus. He was cursed with illusions that invaded his Vulinous Coat. A wild Pokémon with evil abilities and an incredibly soft side.

Hisuian Braviary, known as a Lone Bird Pokémon that comes from the north in winter. It belongs to the Battle Cry Pokémon category and uses a shock wave with superpowers as an attack.

Hisuian Growlithe is a scout Pokémon that looks like a cute puppy with a tiger body. It is a hot-blooded Pokémon with a horn and protects its territory with its partner.

Darkrai is a pitch-black Pokémon that is active on crescent nights, putting people to sleep and causing nightmares. He has white hair, a brown mane, and a black body, which makes him very different from other Pokemon in the game.

Shaymin is also known as Land Forme and falls under the Appreciation Pokémon category. Shaymin gains his strength when the Gracida flowers bloom. A very small Pokémon with small bushes on its back and flowers near its ears. 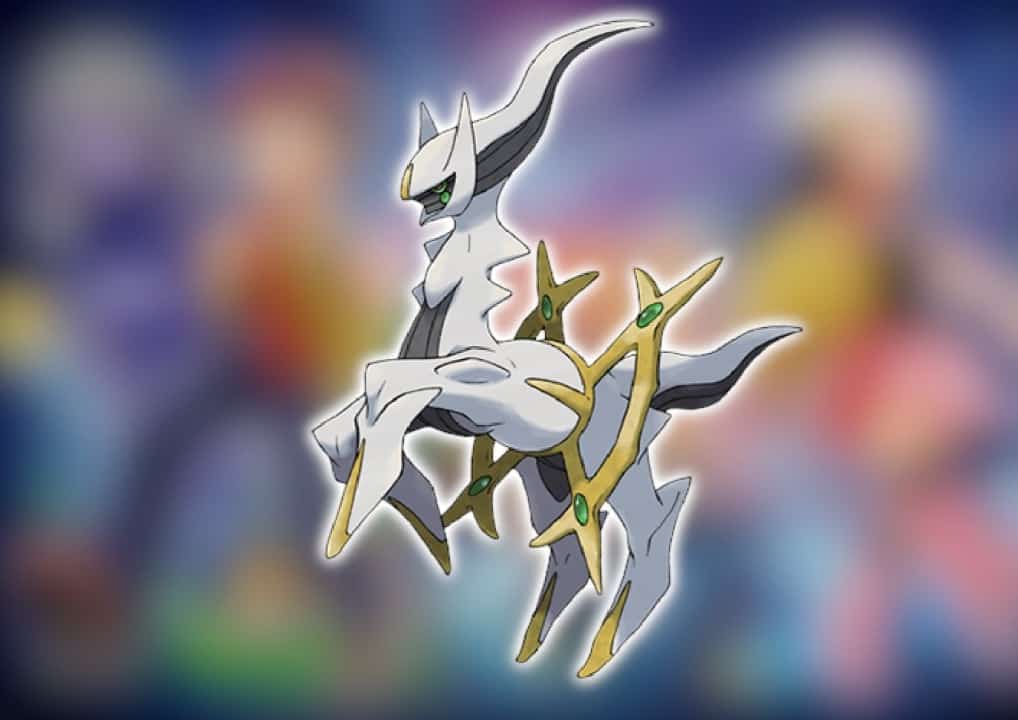 Arceus is the last Pokémon on the list and belongs to the Alpha Pokémon category. It is the prettiest Pokémon in the game and has a key-shaped structure attached to its body.

That’s it, guys. These were all the 14 New Pokémons added to the roster of Pokémon Legends Arceus. Though if any of you feels like that we have missed out on something or have misguided any of you at some point, please feel free to contact us and we will reach out to you as soon as possible.

Till then, greetings from Gamexradar. Stay connected with us if you’re interested in staying updated on what’s going on in the gaming world.