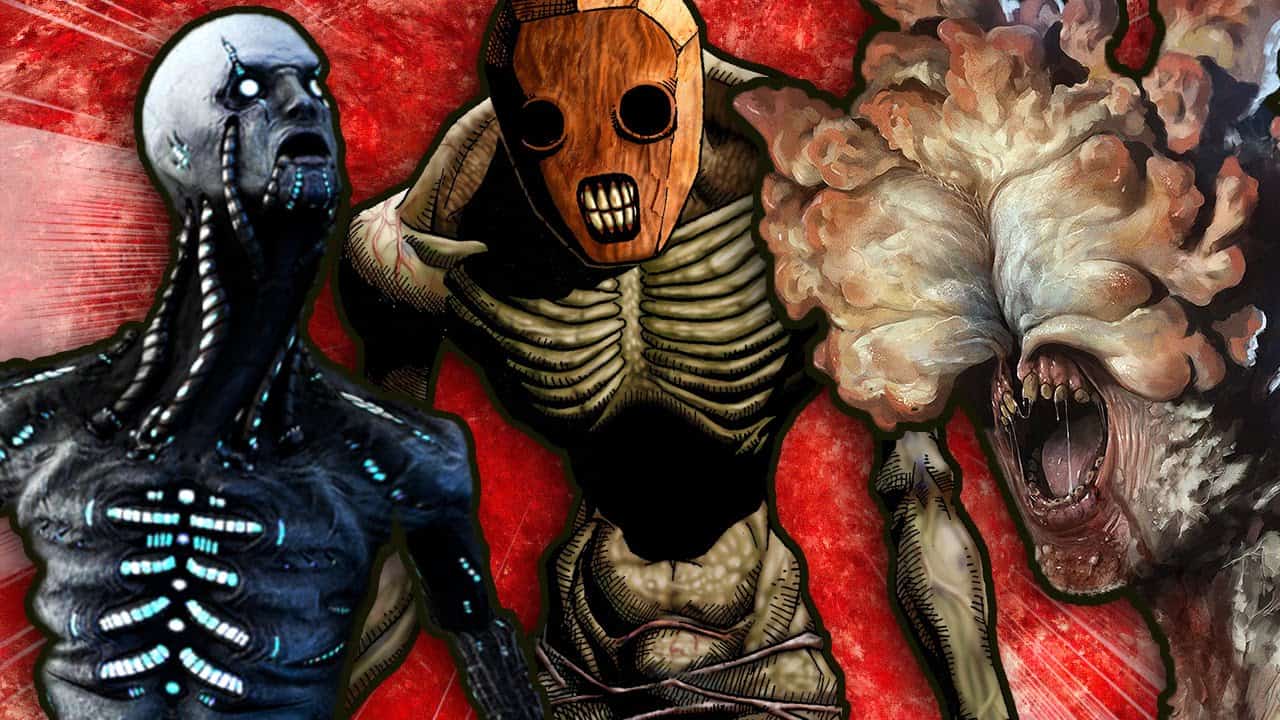 Have you guys been wondering about the type of zombies in games, since the day you started playing? Well here are all the types of zombies you guys have been introduced to, by the gaming world.

Since the first-ever zombie featuring game, Entombed developed by US games in 1982, there has not been a stop to developers releasing games featuring zombies till today. Every time a Zombie game is released, the developers try to surprise the customers with their brutal ideas to present a zombie character to the world. Players now, also seem to have an interest factor in such games, providing thrilling action experiences.

But since many players are not in the know of the best zombies that have been introduced to the gamers, we here would be helping you guys with our compiled list of all the zombies you came across in gaming till now. So let’s get started, shall we?

Types Of Zombies You Came Across In Gaming Till Today

Cannon-Fodders are one of the most basic zombie enemies, that a player is bound to come across, whilst in gameplay. With a minimal set of attacks, the players can easily shoot them dead without getting hurt seriously. Players can collect a lot of game points or say complete their kill objectives by coming across these zombies.

Spitters are those annoying zombies, who spit acidic saliva or venomous waste out of their mouths at you, which is capable enough to damage your character’s health, which is why they are considered to be dangerous and are found in some the zombie games. Spitters attack when you’re circled by some normal zombies, and when you’re busy killing them, they would attack you out of surprise.

A Juggernaut zombie is a supercharged version of a regular zombie, say a cannon-fodder, as the juggernaut zombie is big, has a high amount of strength which makes it not easy to kill, and is differently developed. Killing a Juggernaut gets the players to achieve a lot of points also, but is a difficult task to achieve. Juggernauts should be dealt with long-range attacks, as they could damage you seriously if you’re anyway near him.

Chargers are known to be those hyper-active zombies, who will make a straight line towards your and his location, and would attack you. They can move quickly as compared to the other zombies, which makes them cover distances in no time, and they also have different acrobatic moves which makes them a better attack zombie than the others. It’s better to use a shotgun or a high damage output weapon when they are about to attack you.

Bombers, just like chargers can also detect your location with their beeline skill, but they are slow and don’t have any acrobatic attacks in them. What they do, is they detect players, and when they are within the nearby radius of that player, they’d blow themselves up making sure, that the player gets enough damage. Getting away from this zombie is not that difficult, but it can give you serious damage if you’re caught in its radius trap.

Stalkers are a lot like Chargers, as they will also attack you as another Charger Zombie. But Stalkers differ in a key aspect, as players can’t easily avoid them. They are mainly found in stealth-centered games like Last Of Us. If you get in a stalker’s hand it can seriously damage most of your health, so you would have to use knives or traps to tackle a Stalker Zombie down.

Pretty clear with the name, it makes it obvious that an Armored zombie has a special protective armor around him, which makes it difficult for the players to take him down. Using traps or high output damage weapons against this zombie would not be enough. But usually, these types of zombies carry some weak points on their bodies, which if the players are known to, would make it easier to bring this zombie down with a perfect shot.

If you think that you’re the only one in the game who can carry around weapons, then you’re wrong about it, as these zombies can also use weapons of any type against you to give you an equal fight. These zombies turn out to be a serious enemy for you, as they can target you from both long-range and short-range distances.

Transforming zombies are much like Juggernauts and are the mini-bosses of any zombie game. These zombies can turn into a much more powerful version of themselves, without the players imagining it, once they assist a certain amount of damage from the player. Slaying these zombie types can be a major pain in the head, and players are supposed to take these zombies out first if they in this case are struck by a huge wave of different zombies.

Some zombies just never die, even if you attack them with all you got. Even if you manage to kill them, they’d stand up again in time and will be back at you. This is why they are named Invincible Zombies. These types of zombies are mainly featured in Resident Evil games, with characters like Mr. X, Jack Baker, or Lady Dimetresk.

And guys here we are all done with the ‘Types Of Zombies You Came Across In Games Till Date.’ Though if any of you feels like we have missed out on some information or have misguided any of you at some point, please feel free to contact us, and we will assure you of our assistance by reaching out to you as soon as possible.