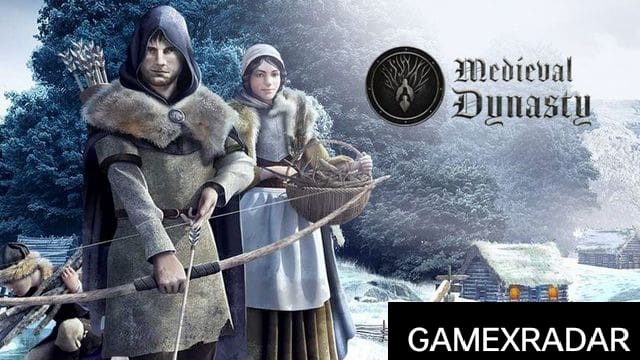 Medieval Dynasty is a first-person, action-adventure video game from 2020. The game was developed by Render Cube and was published by Toplitz Productions. The game belongs to the Dynasty series. The game presents a beautiful and realistic open-world 3D landscape concerning art graphics. Every single aspect of the medieval period has been covered by the developers such as day/night changes during different seasons. This game was termed as a unique combination of multiple genres such as Survival, Simulation, Role-playing, and Strategy. You can gain experience of how Europe was in the middle ages. So get ready to play the character of a young man who dreams to take his fate into his own hands. Be a part of his journey while he does so. The game was developed for several platforms like PlayStation 4, Xbox One, and Microsoft Windows.

Talking more about Medieval Dynasty, let’s talk about what further the game features. As previously told, that this game is a full experience to Europe’s middle ages, this also concerns all the season changes that take place in the real world too, but the time of those changes is not as same as to the real world cause we have to accept the fact that it is a virtual world at the end of the day. Keeping an eye on the similarities, on the other hand, there are four seasons in the game namely- Spring, Summer, Autumn, and Winter. As told that time works differently in the game, every season takes the 3 in-game days and changes after that. The seasons have a completely important role in the gameplay. The players to complete the game have to survive through all four seasons. Many players are not able to figure that out. Let’s further discuss that how you can survive all four seasons.

Food is the most important resource in a medieval dynasty. Players must grow crops at any time of the year for food to survive. We here will help with detailed intimidation to how you can survive all the seasons through sowing crops or growing food. So without wasting anyone’s time, let’s get started-

Every Season Explained From Medieval Dynasty!

Each season the player must plant several crops and at the same time harvest, the fully grown crops previously planted. The farming cycle goes through all the seasons in turn. As mentioned earlier, each season has 3 play days, but if this is difficult or doesn’t fit the rhythm, you can adjust the play days from 1 to 30 days according to your taste. Read on to find out what crops or foods to harvest, sow or harvest in each season of the medieval dynasty.

So, moving further let’s begin discussing all the different seasons-

Spring is the first starting season in the virtual world of the Medieval Dynasty and real-world too, and hence it starts with a quest where almost all the taxes of the players are calculated via quest.

Summer, being the second season in the game does not put that much burden on the player, as the sow and harvest requirements of food are quite a few during this season.

Autumn, the third season in the game is considered the most happening season, as this season has the most number of naturally occurring collectible items.

The winters of the medieval dynasty are the deadliest of the 4 seasons. The bloodless climate is making it tough for all gamers to develop vegetation apart from carrot seeds. Also, there may be little or no to acquire inside the wild or dig out of the ground.

That’s it. Guys, that’s all you need to know about Medieval Dynasty. Though if any of you feels like we have missed out on some information, or have misguided any of you at some point, please feel free to contact us and we will reach out to you as soon as possible.

Till then, it’s greetings from Gamexradar.